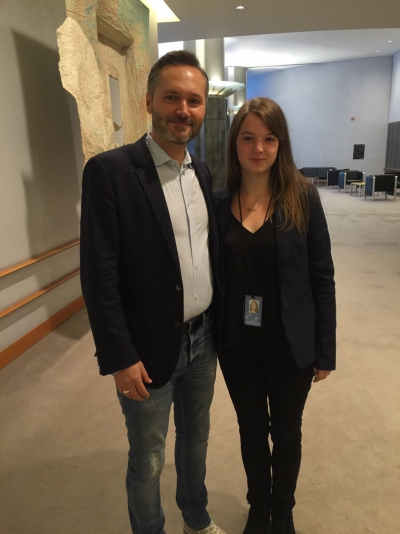 Being only 20 years old, and having started university just a year ago, it never crossed my mind that I would be given the opportunity to have an internship at the European Parliament. The four weeks that I spent working for Mr. Wałęsa showed me many aspects of the work of the European Parliament, and gave me insight about politics from the inside, which I had never experienced before.

Attending meetings and conferences, I experienced first hand how the people from the different parts of the EU pressure each other to be better, which is a side of politics I do not get to see often. They demand answers, explanations, change, and in many cases, this is also demanded from the Member States.

One of my favorite memories from the internship has to be when I attended a meeting of the Petitions Committee. One of the petitioners was a Polish woman, who was speaking to the committee against the decision by the Polish government to build a lignite mine in the area around southern Wielkopolska. The members of the committee expressed their concern and desire to help, and showed me that they lend an ear when your own country is not listening. I am fully aware of the fact that this might be the exact problem for Eurosceptic, however, in cases like I have a hard time understanding those views, since after all, this is what the EU is for.  Furthermore, this internship has not only shown me the true work of the Parliament, but to which extent the EU has impacted my life and contributed to the person I am today.

Growing up in Sweden with Polish parents, travelling was a huge part of my life, since we were visiting relatives around Europe and of course Poland in particular. I never took a minute to think about how easy it was, even when I became older. When I decided to study abroad after finishing high school, all I had to worry about was choosing a study course and then applying in my country of choice. I chose Germany for different reasons; free education, being familiar with the language and the culture and job opportunities being amongst the more important ones. Attending university there and meeting people from all around the world made me realize how lucky I am for being a citizen of the EU. Having friends from countries like Lebanon and Turkey made me realize that my struggles were nothing compared to theirs. Their stories about the hassle, the time, the money and the effort they had to put into applying for the visa alone made me anxious by just listening to it. To be honest, I am not sure if I would have done the same if the roles were reversed.

While I’ve only touched on a fraction of my experience and what I have learned while working at the European Parliament, what I want to say here is that my appreciation for all the privileges of living in the EU has grown. It obviously comes with its imperfections, and we should all be aware of that. However, observing the politicians during meetings, Mr. Wałęsa in particular, helped me realize that the flaws should not distract from its original purpose of establishment. In addition, not only was he very kind and caring, but I would also like to express my gratitude towards his helpful advisors, Magdalena Rymkiewicz and Magdalena Sągin, who made my experience at the office productive and were very welcoming. 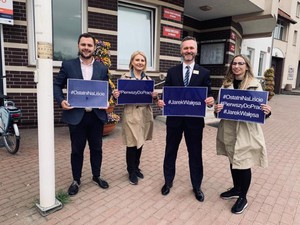