On Tuesday, the Plenary will hold a debate on the results of the European Council that took place after the UK referendum. The EPP Group Chairman Manfred Weber MEP will open the debate on behalf of the Group. In his speech, he will focus on ways how to handle the result of the British referendum protecting the interests of 440 million citizens of the 27 Member States, especially the young ones. Furthermore, he will call for the swift activation of Article 50 by the British government and will underline the need for reflection time in order to create a better Europe, tackling the populist voices effectively.

Schengen has been one of the greatest achievements of the European project. The unprecedented migration crisis we are facing today has put the future of Schengen into question. “The extent of the migration crisis has created some doubts among European citizens on whether or not the EU is able to respond to such challenges. The EU needs integrated external border management and thus the European Border and Coast Guard as soon as possible. We need to show our citizens that the EU can make a decision and can be efficient”, says Artis Pabriks, the Parliament's leading MEP on the European Border and Coast Guard proposal that will be voted in the Civil Liberties, Justice and Home Affairs Committee on Monday, debated in the Plenary on Tuesday and adopted by the Plenary on Wednesday.

Revision of the Multiannual Financial Framework

The Plenary will vote on Wednesday on a Report calling for the genuine mid-term revision of the EU’s multiannual financial framework (MFF) 2014-2020 so that the EU can effectively confront a number of new challenges it faces. According to current provisions, the European Commission is due to present its own proposal for the MFF review and, as appropriate, a revision by the end of the year. The Report, co-authored by Jan Olbrycht MEP, is the first official voice of the EU’s Institutions in this matter. It presents the Parliament's review of the first years of the financial perspective and takes stock of a number of serious crises like migration and the refugee crisis, and of the new political initiatives together with their respective budgetary consequences that were not anticipated at the time of the MFF adoption. As a conclusion, the Parl iament considers that the Commission should present a thorough review of the multiannual budget and propose a revision of the MFF Regulation to correct the shortcomings of the current framework to adapt it to today's challenges.

The Plenary will adopt the final report of the 2nd special tax committee which was set up after the so-called LuxLeaks revelations. “This did not bring any ground-breaking new findings”, said Danuta Hübner MEP, the EPP Group negotiator of the final report of the special tax committee and former European Commissioner. “As long as every EU Member State makes its own tax policy independently there will be loopholes and mismatches between national tax systems. Only more collaboration between states can prevent tax avoidance. We knew this and the work of the special committee has confirmed this.”

The Digital Single Market is about trust and security in the digital world. Millions of EU citizens rely on the Internet, using it for online shopping, social networks, e-government and healthcare. But the digital world is vulnerable: cybersecurity incidents, from technical failures to malicious attacks, are increasing at an alarming pace. The Network and Information Security Directive, proposed by the Commission in 2013 and agreed by the European Parliament and the Council in December 2015, aims to ensure a high common level of cybersecurity in the EU. The vote takes place on Wednesday.

The Plenary will vote on the Regulation on requirements relating to emission limits and type-approval for internal combustion engines for non-road mobile machinery, such as construction (e.g. cranes) and agricultural machinery (e.g. narrow tractors). The new Regulation will cover all kinds of combustion engines installed in machines. “The new Regulation is very ambitious in terms of environmental protection”, said the Rapporteur Elisabetta Gardini MEP. “Europe will have the strictest emission limits in the world as of 2019. The other two regulated markets, i.e. Japan and the US, are lagging behind us. However, the Regulation should also be reasonable enough to be applied by those companies that will implement it in their daily business, especially small companies which are the backbone of our economy”, she concluded.

Slovakia will take over the rotating presidency of the EU Council on 1 July.  The EPP Group expects the Slovak Presidency to deliver in five key areas: to deepen the Economic and Monetary Union and to increase competitiveness; eliminate barriers to the digital economy; create the Energy Union; implement the EU's external border protection policy and integrity of the Schengen area as well as to focus on hotbeds of tension in the EU's neighbourhood.

On Monday, the European Parliament's Civil Liberties, Justice and Home Affairs Committee will vote on a counter terrorism law concerning EU nationals who travel to conflict zones like Syria for terrorism purposes and return back to Europe. It covers offences such as training, recruiting and financing terrorism. Rapporteur Monika Hohlmeier MEP has insisted on including the exchange of information/intelligence among EU countries, on covering more accurately those offences when committed on the internet and on strengthening victims' rights.

Wednesday @ 09.30 Alain Lamassoure MEP, Chair of TAXE II, and others on Recommendations for fair and transparent corporate taxation 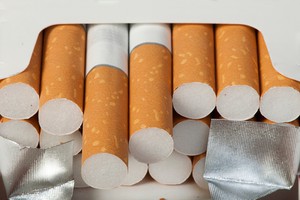