The European Commission has today adopted its second report on the application of the European Citizens' Initiative Regulation.

Since this new tool entered into force in 2012, an estimated 9 million Europeans from all 28 Member States have now supported a European Citizens' Initiative. Four successful initiatives have so far collected over 1 million signatures each and the Commission has committed to follow-up actions on 3 of them.

First Vice-President Frans Timmermans said: "The fact that 9 million people have supported a European Citizens' Initiative in the past 6 years shows that this tool is stimulating participation and debate across national borders, with concrete impact on EU policies. But we need to go further: our recent reform proposal will make it much easier for citizens to launch and support new initiatives, also allowing young people from the age of 16 to have their say. "

Non-legislative improvements to the tool have been implemented in the past 3 years. The Juncker Commission has also taken a more political approach, with all requests for registration (before signatures can be collected) now being heard by the College of Commissioners and partial registrations being granted in some cases. These changes have resulted in a significant increase of the number of initiatives accepted for registration: about 90% of proposed initiatives since April 2015, compared to 60% of all proposals in the previous 3-year period.

Among the 4 Citizens' Initiatives that gathered support from over 1 million citizens, the Commission is following up on the 'Stop Vivisection' initiative with non-legislative actions; in response to the 'Right2Water' initiative, the Commission proposed a revised Directive on Drinking Water last February; and following the initiative 'Ban glyphosate and toxic pesticides', the Commission has announced a legislative proposal to improve transparency in scientific assessments and decision-making.

After the Commission's first Report on the Application of the European Citizens' Initiative, in March 2015, a review was launched to improve the effectiveness of the tool, including an open public consultation. The Commission subsequently proposed a new Regulation on 13 September 2017, which must now be adopted by the European Parliament and Council. The new Regulation will make the European Citizens' Initiative more accessible, less burdensome and easier to use for organisers and supporters. The Commission calls for its adoption by the end of 2018 so that it can enter into force in January 2020

The proposals will be discussed with stakeholders at the 'ECI Day' organised by the European Economic and Social Committee on 10 April.

Once formally registered, a European Citizens' Initiative allows 1 million citizens from at least one quarter of EU Member States to invite the European Commission to propose a legal act in areas where the Commission has the power to do so.

Highlights of next INTA meeting on 30 May 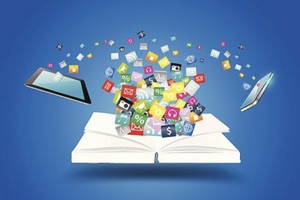