MEPs will debate the conclusions of the 28-29 June EU summit, where EU leaders digested the UK referendum vote to leave the EU and insisted that “there will be no negotiations of any kind until the UK formally notifies its intention to withdraw." Council President Donald Tusk and Commission President Jean-Claude Juncker will kick off the debate, on Tuesday.

Plans to set up an EU border control system, bringing together the EU’s Frontex border agency and national border management authorities, will be debated on Tuesday and voted on Wednesday. Under these plans, national authorities will still manage their borders on a day-to-day basis but, if their EU external borders are under pressure, they will be able to seek help from the European Border and Coast Guard Agency (EBCG), which will be able to rapidly deploy border guard teams to those borders.

The EU needs to update its long-term spending plan to cope with unforeseen crises such as mass migration, terrorism and youth on the unemployment, MEPs will say in Tuesday’s debate on a forthcoming review of the plan. A resolution, intended as an input to the review, will be voted on Wednesday.

A lengthy list of recommendations to make corporate taxation fairer and clearer is to be debated on Tuesday and put to a vote on Wednesday.

Firms supplying essential services, e.g. for energy, transport, banking and health, or digital ones, such as search engines and cloud services, will have to take steps to improve their ability to withstand cyber-attacks, under the first EU-wide cybersecurity rules, to be voted by Parliament on Wednesday. Each EU country will also be required to designate national authorities and establish a strategy to deal with cyber threats.

Parliament will set out its position on proposed binding new rules for energy efficiency labelling on household appliances in a resolution to be voted on Wednesday, after debating them on Monday. The draft text calls for a clear A to G scale for labelling the energy efficiency of household appliances, to replace the proliferating pluses in today's top class (A+, A++, A+++), within 5 years.

Following the conviction of "Luxleaks" whistle blowers Antoine Deltour and Raphael Halet by a Luxembourg court for having revealed tax deals granted to multinationals by the Luxembourg authorities, MEPs will hold a debate with Council and Commission on Wednesday afternoon on how to better protect whistle blowers in the EU.

MEPs will debate their recommendations for the Commission’s 2017 work programme on Wednesday morning. These recommendations will be set out in a non-legislative resolution to be voted the same day.

MEPs are to debate a new EU “global strategy”, setting out the EU’s core interests and principles in the world, with EU foreign policy chief Federica Mogherini on Wednesday. The old strategy, dating from 2003, was in dire need of updating to address emerging challenges in areas such as energy security, migration, climate change, terrorism and hybrid warfare, say MEPs. This debate will be followed by another, focusing on China and the EU’s engagement with it for the next five   years.

Getting refugees to work: MEPs to call for a win-win approach

Allowing refugees and asylum seekers to work in their host countries not only helps to restore their human dignity, but also reduces strain on public budgets by turning them into taxpayers, says a draft resolution to be debated on Monday and voted on Tuesday. But inclusion schemes should nonetheless emphasise language learning and pay attention to local unemployment rates, especially among young people, it adds.

Plans to develop a new EU post-2016 anti-trafficking strategy to fight the flagrant reality of trafficking in human beings, one of the worst forms of human rights abuses, will be debated on Monday and put to a vote on Tuesday. This prevention strategy should include action by EU and member states' external services to address poverty, oppression, lack of respect of human rights, armed conflict and economic and social inequalities, says the draft   resolution.

Transfer of personal data to China - how to protect EU citizens?

How can the EU Commission ensure that transfers of EU citizens' personal data to China are compatible with EU privacy and data protection standards? MEPs will put the question to it in a debate on Thursday. They will also ask if the Commission has looked into the consequences for EU firms of potential restrictions on the free flow of data, including the so-called "big data dam" planned by China to curb data transfers.

Plans to refund €1.3 billion left over from the 2015 EU budget to EU member states will be put to a vote on Wednesday. Under EU rules, the money must be returned to member states via a reduction in their contributions. But in their draft resolution, MEPs nonetheless urge member states to use the refund to honour their pledges to help deal with the refugee crisis and match the EU contribution to the two dedicated trust funds set up for this purpose.

Sugary drinks and energy drinks containing caffeine should not display claims that they help increase alertness or concentration, as this would promote sugar consumption by adolescents, the largest group of energy drink consumers, say MEPs. A proposal to veto a technical measure tabled by the EU Commission that would allow such claims is to be voted on   Thursday.

An EU-Peru visa waiver agreement enabling Peruvians to travel visa-free to the EU and EU nationals to go to Peru for stays of up to 90 days in any 180-day period will be put to a plenary vote on Tuesday. The agreement, which does not apply to the UK and Ireland, has been in operation since 14 March, pending approval by Parliament.

Plans to update EU type approval rules and emission limits for internal combustion engines in non-road mobile machinery (NRMM), such as lawn mowers, bulldozers, diesel locomotives and inland waterway vessels, will be put to a vote on Tuesday. These plans have already been provisionally agreed with the Dutch Presidency of the Council. NRMM engines account for about 15% of all NOx and 5% of particulate emissions in the EU.

Parliament will hold urgent debates on the following human rights and democracy topics on Thursday 7 July, at around 11:00, with the votes following at 12.00. 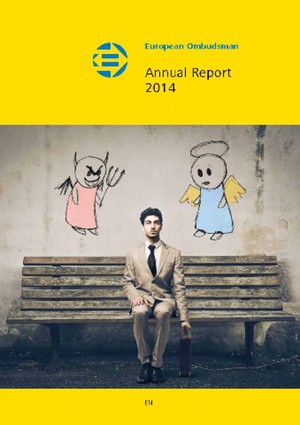