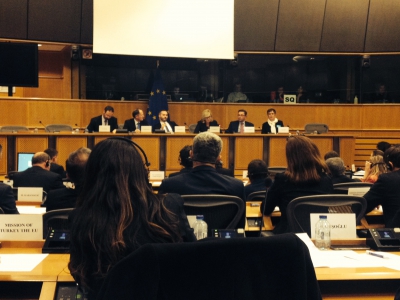 The seminar took place in the European Parliament in Brussels. The participants included national Ombudsmen and the national parliament's delegations from the EU Enlargement Countries such as Albania, Bosnia and Herzegovina, Kosovo, Macedonia, Montenegro, Serbia and Turkey.

The panelists consisted of national ombudsmen from Member States, representatives from the European Ombudsman's office and the European commission and members of the European Parliament.

The meeting aimed to provide the very first opportunity for a regional exchange of best practices and experiences and the opportunity to learn from EU experiences, both at the EU and Member States level.

The seminar was preceded by the one minute of silence to honour the victims of the Paris attacks and to show our solidarity with France.

Then we proceeded to an extraordinary keynote speech by European Ombudsman Ms Emily O'Reilly.

During the seminar we were discussing topics such as: the accountability of EU institutions and the role of Ombudsman, tools and resources of an efficient Ombudsman institution, the European Network of Ombudsmen and reaching out to the civil society. Moreover, there was a time to exchange views regarding all the issues connected with the work of Ombudsmen and several suggestions concerning how to improve that work came up.

I would like to thank all the guests for their presence, especially: Ms Emily O'Reilly, Ms Irena Lipowicz, Ms Marta Hirsh-Ziembińska, Ms Marietje Shaake, Ms Gundi Gadesmann, Mr Pascal Leardini and the Pre-Accession Actions Unit with Mr Thierry Jacob for organising this seminar.

I hope that thanks to all the ideas presented and all the willingness to cooperate, we will be able to enhance the effectiveness of the Ombudsman institution not only on EU level, but globally. 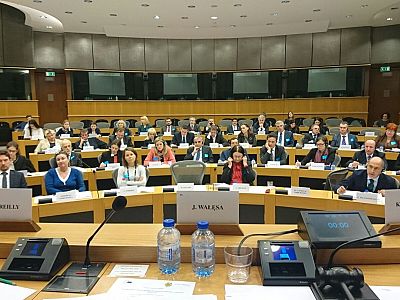