New rules to create a Europe-wide market for electricity that is cleaner, more competitive and better able to cope with risks, were approved by Parliament on Tuesday.

A better deal for consumers
Consumers will benefit substantially from the new rules, as they will have access to smart meters, dynamic pricing and the option to switch provider at no cost within a maximum period of three weeks (and 24 hours by 2026).

Energy poverty and price regulation
Member states will also still, under strict conditions, be able to regulate prices temporarily to assist and protect energy-poor or vulnerable households. However, social security systems should be the primary means of addressing energy poverty.

Increase cross-border flow of electricity
One of the main objectives of the new rules is to allow at least 70% of trade capacity to cross borders freely, making it easier to trade renewable energy across EU borders and hence support efforts to reach the EU’s binding goal of 32 % renewables by 2030.

State aid to fossil fuels phased out
EU rules currently allow national authorities to pay power plants to be on stand-by for a limited period of time if there is a demand peak, known as capacity mechanisms. The new rules will introduce stricter limits for member states subsidising power stations to prevent the most polluting fossil-fuelled power plants in Europe from receiving state aid. The measures will apply to all new power plants from the date on which the Regulation enters into force and to existing ones from 2025. Capacity contracts concluded before 31 December 2019 will not be affected by the new rules.

After the vote, the rapporteur on the internal market for electricity Jerzy Buzek (EPP, PL) said: “The reform of the EU electricity market should make it more competitive across EU borders and support the transformation to cleaner electricity. It gives more power to consumers and protects the energy-poor. It is good for the environment and good for the wallet.”

More detailed information on the new electricity market rules is in the press release after the agreement with the member states.

New EU measures to prevent electricity blackouts
The new law on preparing the electricity sector to cope with risks was approved with 569 votes to 61, and 34 abstentions. New measures ensure that EU citizens will be better protected against sudden electricity supply shortages leading to blackouts. Member states will be obliged to draft national plans to assess the risk of shortages and cooperate at regional level. Member states receiving assistance from other EU countries should ultimately bear all reasonable costs associated with this.

After the vote, the rapporteur on risk preparedness Flavio Zanonato (S&D, IT) said: “This agreement establishes solidarity as the real backbone of managing electricity risks, so that in the future no one will be left alone to cope with a cold spell and with sudden interruptions to electricity.”

More detailed information is in the press release after the agreement with the member states.

Better regulation of the electricity market
To be able to better regulate the EU electricity market, the rules establishing the Agency for the Cooperation of Energy Regulators (ACER) has been amended and the agency will receive more tasks and power. The agreement on ACER was approved with 558 votes to 75, and 31 abstentions.

After the vote, the rapporteur on ACER Morten Helveg Petersen (ALDE, DK) said: “We are taking important steps with the ACER reform towards a more open and better regulated electricity market. This will benefit the climate, consumers and our economy at large.”

More detailed information is in the press release after the agreement with the member states.

Next steps
The agreements will now have to be officially approved by EU ministers and published in the Official Journal of the EU before they can enter into force. 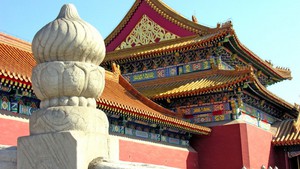 European elections: New website explains how to vote in every member state