In order to strengthen the internal energy market and the EU's energy security, the European Parliament will vote on Thursday at its mini-Plenary to establish the information exchange mechanism for intergovernmental agreements in the field of energy as part of the Energy Security Package proposed by the European Commission. According to the new rules, Member States will have to inform the EC of their intergovernmental agreements before they are signed. The states will be obliged to present their projects for energy agreements with countries outside the EU to the European Commission before they are signed (ex-ante). The Commission will have to check their compatibility with EU law, commit itself to preparing a position, and, if there is a case of incompatibility, give recommendations for their removal, and the governments, on their part, will carry out thei r implementation.

Stronger and smarter borders in the EU: establishing an entry-exit system

MEPs on the Parliament's Civil Liberties, Justice and Home Affairs Committee will vote on Monday on an entry-exit system that will speed up, facilitate and reinforce border check procedures for non-EU nationals travelling to the EU. This system will modernise external border management by improving the quality and efficiency of controls and will support EU countries with the increasing numbers of travellers entering and exiting the EU. The proposed entry-exit system will allow for the effective management of authorised short stays, increased automation at border controls, and improved detection of document and identity fraud. The system will apply to all non-EU citizens who are admitted for a short stay in the Schengen area (maximum 90 days in any 180 day period). The EPP Group is insisting on giving access to law enforcement once the s ystem becomes operational.

After the terrorist attacks in Paris, the EU Institutions and national governments decided to step up their fight against money laundering and terrorist financing. On Tuesday, the EU will move one step closer to the agreement on a new law as the joint Committees on Economic Affairs and Justice and Home Affairs vote on measures to better control financial flows from high risk third countries, to give more powers to EU financial intelligence, regulate national bank and payment account registers, and to tackle terrorist financing risks linked to virtual currencies and pre-paid cards. The measures are also in response to the April 2016 Panama Papers revelations.

Preparing for the upcoming European Summit

During the debate in the mini-plenary on Wednesday, MEPs will discuss the preparations for the European Summit of 9-10 March which will focus on promoting investment, growth and competitiveness and on external security and defence. EPP Group Vice-Chairman Esteban González Pons will take the floor on behalf of the EPP Group.

Tackling the disappearance of migrant children in Europe

According to Europol, at least 10,000 refugee children are unaccounted for after arriving in Europe. The European Parliament will debate how best to tackle this issue on Wednesday. Anna Maria Corazza Bildt MEP, EPP Group Spokeswoman, will urge the European Commission to take more action to protect all children in migration, as announced last May in the European Agenda on Migration, and will call on Member States to increase cross-border cooperation and speed up the appointment of qualified and trained guardians for all unaccompanied children.

MEPs to tackle issue of decriminalisation of domestic violence in Russia

MEPs will address the recent decriminalisation of domestic violence in Russia in a mini-Plenary debate on Wednesday. Nearly 50,000 crimes involving violence in the family were reported in Russia in 2015 mainly against women and it is estimated that on average, 40 women a day die in Russia due to domestic violence. Yet on 7 February, the Russian President passed a law which significantly reduces the penalties for domestic offences committed against spouses or children.

Parliament's Committee on Industry will formalise the so far only informal agreement to remove the last obstacle to 'roam like at home' on Tuesday. In the night from 31 January to 1 February, MEPs and representatives of the Member States had agreed on price caps for what telecom operators can charge each other. “Lower wholesale prices make room for lower prices for consumers. We stand firm on the promise made to consumers that roaming charges will disappear this summer", said Paul Rübig MEP, the EPP Group’s negotiator on the law.

The EU, as most WTO members, uses trade defence instruments to restore a level playing field for their industry in situations of unfair trade practices. The EPP Group wants trade defence instruments to be used in a balanced way that protects EU industries from unfair trading practices while at the same time not creating undue burdens for importing industries taking into account the nature of global value chains. "In our view, any decision should be based on a solid and comprehensive assessment and should be compatible with the existing WTO rules", says Christofer Fjellner MEP, EPP Group Chief Negotiator for the Parliament's position on the EU anti-dumping and anti-subsidy regulations for non-EU countries. The vote in the International Trade Committee will take place next Tuesday.

Better protection of workers from carcinogens

The Employment and Social Affairs Committee will vote on Tuesday on the Parliament's response to the Commission's proposal to amend existing EU rules on the protection of workers from the risks related to exposure to carcinogens or mutagens at work to better prevent work-related cancers. The Report proposes to expand the scope of the Directive to include reprotoxic substances, which are believed to cause fertility problems (male and female). Currently, the protection of workers from these substances is rather weak as it is limited to the provisions of the Chemical Agents Directive. Claude Rolin MEP, EPP Group Chief Negotiator on the issue, said: “This revision is of the utmost importance to better protect workers from carcinogen, mutagen and reprotoxic substances. We have been waiting more than 10 years to have this proposal for a revision. The E uropean Parliament now needs to adopt an ambitious and pragmatic Report with a view to negotiations with the European Council.”

Assessing the EU support programmes for the cultural and creative sectors

On Tuesday, MEPs from the Agriculture and Women's Rights Committees will vote on Parliament's position on women and their roles in rural areas. The EPP Group MEP in charge of drafting this proposal, Marijana Petir, has fought for the recognition of the importance of women’s contribution to the economy in rural zones as entrepreneurs, heads of family businesses and promoters of sustainable development. Taking this into account, the text puts forward some concrete proposals to help women in such areas, for example by providing services to improve their working and living conditions, or by improving their access to land or credit. 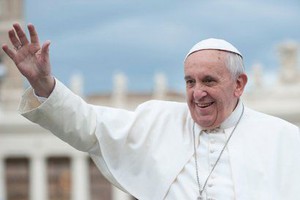 "The Holy Father's visit is a very special moment for the European Parliament. His message of peace, solidarity and openness, his amazing personality and wisdom reach out to everyone, no matter what their personal beliefs are", said Manfred Weber MEP, Chairman of the EPP Group, on Tuesday.