The European Parliament endorsed the new EU-Japan trade agreement today. The EU-Japan Economic Partnership Agreement (EPA) that had been concluded in July was adopted by a vast majority of MEPs. “The agreement with Japan connects two of the world’s most advanced economies, with a taste for each other's goods and services, with some of the highest product and consumer protection standards, and with common values“, said Christophe Hansen MEP who is the EPP Group Shadow Rapporteur.

The EU-Japan deal covers almost 40 percent of world trade and one third of the global gross national product (GNP). 97 percent of tariffs currently applicable will be abandoned. For the first time in an EU trade agreement, the goals of the Paris Agreement on fighting climate change and other environmental standards are included. “In a world where Twitter declarations initiate trade wars and where walls and protectionism have gained wide currency, the agreement with Japan is a blueprint for future agreements, an economic boost and a geopolitical imperative”, said Hansen.

MEPs also endorsed the Strategic Partnership Agreement (SPA) complementing the Economic Partnership Agreement. The SPA identifies over 40 strategic areas for sectoral, economic and political cooperation including cybercrime, education, energy security and health. The chapter on health lays the framework for collaboration in research and technologies. “We have been able to accomplish a new and unparalleled agreement with a like-minded partner who shares our democratic and economic principles. In addition to an ambitious free trade agreement, we have forged a partnership reaffirming a shared commitment to the respect for human rights, democracy, good governance and the rule of law”, said EPP Group MEP Alojz Peterle who is the European Parliament Rapporteur on the SPA.

Newsletter: Trawler - July 2016 prepared by the Secretariat of the Committee on Fisheries 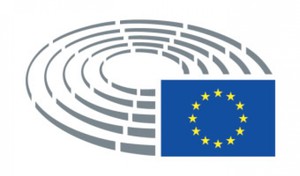 In a statement signed by over 220 Members of the European Parliament and sent to EU Foreign Policy Chief Federica Mogherini, European lawmakers slammed Iran’s gross human rights violations and called on Iranian regime to “end the executions, free political prisoners, stop the repression of women and respect the rights and freedoms of the Iranian people.”