In a hearing on Thursday, MEPs of the Civil Liberties, Employment and Petitions committees underlined that they will continue fighting to ensure that both EU nationals living in the UK and British citizens in other member states will enjoy their full set of rights throughout their lifetime.

Among the elements still pending, they pointed to the status of future partners, the situation during the transitional period, additional clarity on the administrative procedure to follow to gain residence, the implementation of the right to free movement after Brexit is completed and fully exercising political rights (such as to voting and to be elected for office).

Representatives of the citizens’ organisations “The 3 million”, “British in Europe” and “New Europeans”, as well as academics and other experts, presented their views to MEPs.

Ahead of the hearing, Guy Verhofstadt (ALDE, BE), Parliament´s chief Brexit coordinator, said: “Prime Minister May’s comments appear to be part of a domestic negotiation within the UK Cabinet, and threaten to increase existing uncertainties for citizens, which is regrettable. PM May's proposal to make a distinction between those arriving before March 2019 and during the transition could lead to discrimination against EU citizens in the UK and UK citizens in the EU. EU citizens contribute to Britain; what kind of message does this send to them?”

“The maintenance of EU Citizens’ rights during the transition is not negotiable. We will not accept that there are two sets of rights for EU citizens. For the transition to work, it must mean a continuation of the existing acquis, with no exceptions.”

You can catch up with the hearing here.

Highlights of next INTA meeting of 23-24 April 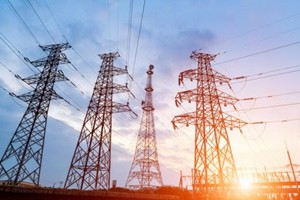 “By opening up the EU internal electricity market, citizens and businesses alike should benefit from lower prices and a real choice of energy supplier. We will create a more competitive market with much stronger incentives for new technologies”, said Jerzy Buzek MEP after the adoption of four different pieces of legislation on the electricity market.