EPP Group to meet Blair, Barnier on Brexit in Ireland

The EPP Group will hold a Bureau meeting in Co Wicklow, Ireland on 11-12 May. Taoiseach Enda Kenny (Irish Prime Minister), EU Chief Brexit Negotiator Michel Barnier, and former UK Prime Minister Tony Blair are guest speakers at the meeting which will focus on the future of EU transatlantic relations and the main objectives for Brexit negotiations. Irish government ministers, parliamentarians and other external speakers will also join MEPs at the meeting.

The situation of EU citizens in the UK will be discussed at a joint hearing of 3 Parliamentary Committess - Employment and Social Affairs, Civil Liberties and Petitions - on Thursday. MEPs will debate with representatives of the Commission, the UK Home Office and with academics the possible legal and social impacts of Brexit on EU citizens. Roberta Metsola, the EPP Group Spokeswoman in the Civil Liberties Committee, stresses: “It is an obligation of the European Parliament to make sure that the interests of more than 3 million EU citizens living in the UK will be defended during the upcoming Brexit negotiations. We made this clear in our Resolution and we will continue to stress this priority in the months to come.”

Monday: Visit to several schools in Bavaria. Participation in a discussion organised by the CDU Party of North Rhine-Westphalia (evening). 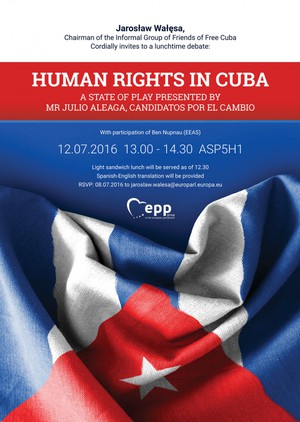