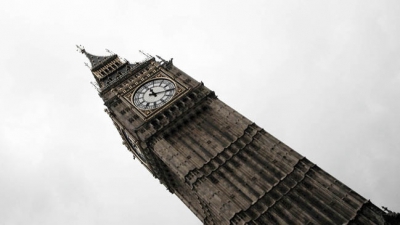 While I have had the opportunity to work at many levels of the U.S. Government, form State to Federal to Judicial, it was Mr. Walesa who offered me my first EU position. This experience offered me the true ability to get deep inside the interworkings of the Parliament as well as other EU institutions. Furthermore, it allowed me the freedom to attend conferences and hearings regarding topics of interests such as human rights and cultural events. All of these activities helped me to grow as well as embrace my new home in Europe.

Contrary to what some may say moving from America to Europe is not as easy as one may think. There are various differences that can have a dramatic effect on someone and having the chance to come to the Parliament every day and interact with my new neighbors from across Europe defiantly helped in the transition. I was able to grasp from the inside why the bureaucracy in Europe functions the way it does or why I can never find the French, Italian, or Spanish assistance, because they are always having coffee or smoking. Thus, these little daily challenges allowed me to embrace Europe.

As I soon found out (as you may have guessed) there are not many Americans working for the EU, and I did realize that coming in. Mr. Walesa made me feel right at home as he had lived and studied in the U.S. as well, which was nice, because honestly, I was quiet intimidated my first week there. When I moved to Brussels I had hoped to gain a job of some kind working for the EU, and now I was sitting in the office of Mr. Walesa the son of a European icon and subject of one of my many papers in college. But Mr. Walesa was down to earth and straight forward and I soon realized there was nothing to worry about.

Mr. Walesa took a chance on an American in Europe and I am eternally grateful, as I still work in the European Parliament and proudly serve both him and Mr. Zasada MEP as an assistant. Mr. Walesa is an excellent politician and an even better man; he genuinely cares for the wellbeing of the people of Poland and Europe as a whole. It is a true honor to have had the internship in his office where I learned so much and made true friends in his assistants Magda Sagin and Arkadiusz Rozpedowski and a lifelong mentor in Mr. Walesa.

“A man who stands for nothing will fall for anything”

PECH Newsletter: Trawler – November 2018 prepared by the Secretariat of the Committee on Fisheries.