The contest is open until 25 November. To enter children aged 8-12 are asked to send a drawing, while young people aged 13-17 or 18-24 should send a short text of maximum 120 signs, based on the question: what does peace in Europe mean to you?
One of the winners will be selected in a public vote on Facebook, while the rest will be selected by a jury. The preselection will be done by the European Youth Forum

In a joint statement EP president Martin Schulz, Commission president José Manuel Barroso and Council president Herman Van Rompuy explained: "The 2012 Nobel Peace prize is not only a recognition of the EU's past achievements, it also looks to the future. Our task is always to inspire the next generation of Europeans. That is why we want Europe's youth, who are inheriting a continent of peace and who will be responsible for Europe’s future, with us in Oslo"

The European Commission formally accepted the Nobel Peace prize money on behalf of the EU on 14 November. The three presidents have agreed to allocate the prize money to children affected by war and conflicts across the world.

Find out more at http://www.loveyouthfuture.eu/peace4eu

EP INFO - Committee on Fisheries - Highlights of this week's meeting 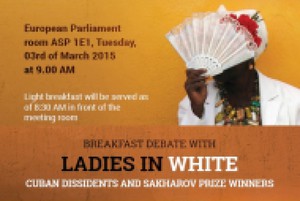