Highlights of next INTA meeting - March 20-21

Towards a new trade framework between the EU and Turkey and the modernisation of the Customs Union. MEPs are set to vote on reform directions of the outdated Customs Union from 1995. The resolution will feed into a future negotiating mandate requested by the European Commission from member states in December 2016.

Implementation of the Free Trade Agreement between the EU and the Republic of Korea. 5 years after its entry into force, MEPs vote on their view regarding the impact and lessons of this unique trade deal that went further than any previous agreements in lifting trade barriers and is also the EU's first trade deal with an Asian country.

How to move EU-Morocco trade relations forward following ECJ ruling
MEPs will debate with the Foreign Affairs Committee and the EP Maghreb Delegation the impact of the European Court of Justice ruling on trade relations with Morocco. Last December, the ECJ set aside the 2015 judgement to freeze the EU-Morocco trade deal covering trade in agricultural and fishery products. The 2016 ruling finds the agreement not to be applicable to Western Sahara, where a smaller part of the territory is controlled by the Front Polisario, a movement which seeks independence and whose legitimacy has been recognized by the United Nations. This debate can be followed on-line.

The focus of the debate is the application for GSP+ trade preferences by Sri Lanka in light of a critical UN Human Rights Office report. After hearing from the Commission, EEAS, Sri Lanka and civil society, Parliament will decide whether to object to these special preferences.

MEPs discuss with experts how to make the EU export control regime 'future-proof'. The issues, inter alia: due diligence, human rights, catch-all clauses, new surveillance technologies, intangible transfers and a new licensing architecture. The hearing will feed into the Committee's view on the Commission's proposal for reviewing the regulation. 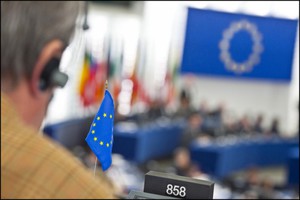