Poland: dismantling of the rule of law must be stopped 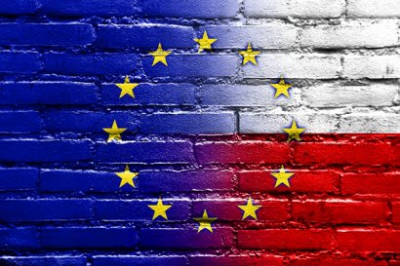 "The EPP Group fully backs the procedure initiated by the European Commission. When Europe’s fundamental values are at stake, Europe must stand by its people and defend their fundamental rights. Further dismantling of the rule of law must be stopped. The independence of tribunals and journalists must be guaranteed”, said Manfred Weber MEP, Chairman of the EPP Group, on the margins of the European Parliament’s debate on the situation in Poland.

"This is not a discussion against any Member State, it is not an attack against Poland, but when the rule of law and fundamental rights are questioned, we need to stand up in their defence”, he added.

"Poland needs Europe and Europe needs Poland. Europe, however, is worried by the threats to democracy and the abuses of power that are taking place under the current Polish government. Today’s debate confirms this”, said Janusz Lewandowski MEP, Head of the Polish Delegation of the EPP Group.

“The democratic world doesn’t turn a blind eye to what is happening in Poland. It wasn’t fooled by the “good change” proposed by the ruling party Law and Justice. We urge the Polish government to return to the democratic path and to stop destroying Poland’s position and its achievements of the past 25 years”, said Lewandowski. “Our position is not only – as Prime Minister Szydlo likes to say – the voice of the elites. We are backed by millions of Europeans who care about Poland”, he concluded.