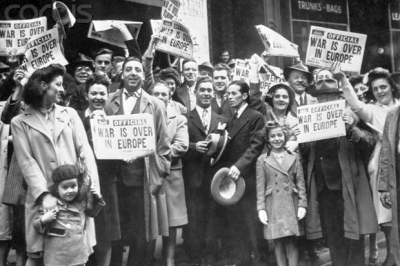 “This anniversary reminds us, however, how fragile peace and everything else that we take for granted - democracy and freedom - can be. We should never forget that the Second World War was prompted by populist, racist, xenophobic ideology, by people who used citizens’ fears and made them believe that there were simple solutions to complex problems.

Today, more than ever, while populist movements are gaining ground all over Europe, this lesson resonates strongly."