Emily O'Reilly: “Being an ombudsman can seem more like an art than a science” 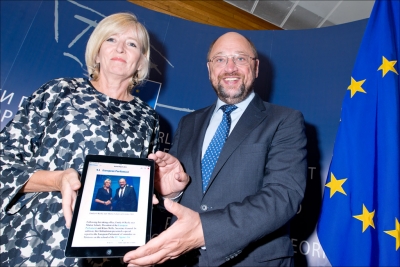 “You have to be able to persuade, coax and cajole sometimes reluctant institutions to change long-standing mind-sets or to be more open in their decision making," said European ombudsman Emily O'Reilly. "This is where being an ombudsman can seem more like an art than a science." Elected by MEPs in July 2013, the former Irish national ombudsman is the first female European ombudsman. We talked to her about her first year in office.

This interview was originally published on 16 September 2014 and has been republished because she was re-elected as ombudsman on 16 December.

O'Reilly took up the post following the resignation of her predecessor and will be in office until the end of the year.

What can you tell us about your year in office? Have your expectations been met?

My ten years' previous experience as a national ombudsman meant I was really able to hit the ground running and get straight into the work. My aim over the past year was to begin the process of bringing the ombudsman’s office to the next level by adopting a more strategic approach which will increase the impact of the office, enhance its relevance to citizens and improve the overall efficiency.

These efforts have already begun and the changes we’ve implemented over the past year are beginning to bear fruit. A good example of these improvements is using our power to launch own-initiative inquiries in a more strategic way and on issues of broader, systemic concern such as the transparency of TTIP and the composition of Commission expert groups.

What are the biggest issues you encounter in your work? Is the situation in the EU institutions improving?

The biggest issue we encounter is the institutional culture that can develop in any public administration. You have to be able to persuade, coax and cajole sometimes reluctant institutions to change long-standing mind-sets or to be more open in their decision making. This is where being an ombudsman can seem more like an art than a science.

Another recurrent issue we encounter in our cases is "the lack of transparency" in the EU institutions, which amounted to 25% of all cases in 2013. This includes refusal to give access to documents or information, lack of "lobbying transparency", who is sitting on expert groups, when do they meet, what do they discuss, etc. So there is still a lot to do in the transparency field in terms of giving citizens the information they need.

How is the Parliament doing in terms of following the rules and procedures? How do you see the future cooperation between our institutions?

Although I am a new ombudsman, relations so far have been excellent. The Parliament has been very open to any recommendations I have made for administrative improvements, One of the most powerful tools the ombudsman has is to present a special report to Parliament, which I did earlier this year on the Frontex issue. The tool enables the ombudsman to put maladministration on the political agenda for a decision on the course of action by members, which is an invaluable instrument when you are trying to effect change in the EU. 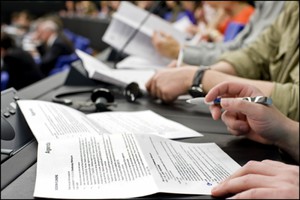