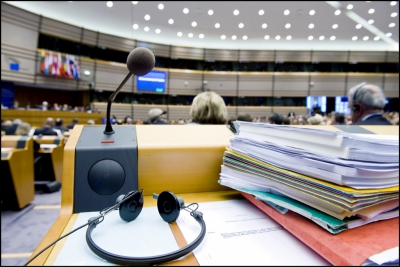 The hemicycle in Strasbourg

2012 Sakharov prize to be awarded on Wednesday

EP president Martin Schulz will on Wednesday 12 December present the 2012 Sakharov Prize for Freedom of Thought, which this year has been won by  two Iranian human rights activists; lawyer Nasrin Sotoudeh and film director Jafar Panahi. The laureates have designated five representatives to receive the prize on their behalf because they are unable to leave Iran.

On the evening of Monday 10 December the budget committee will vote on a €6 billion amending budget for 2012, the budget for 2013 (€132.8 billion in payments and €150.9 billion in commitments) and three declarations about payments. The plenary vote is scheduled for Wednesday 12 December.

Preparations for the European Council

The blueprint for the future economic and monetary union will be the focus of the next European Council, to be held on 13 and 14 December. On Wednesday 12 Dcember, Parliament will discuss and present its priorities ahead of the summit, which will be an opportunity to debate the Single Supervisory Mechanism and other key legislative proposals for the banking system.

Nobel Prize: "Your peace, your prize"

On Wednesday 12 December, the European Parliament will symbolically hand over this year's Nobel Peace Prize to all EU citizens  at a ceremony in the Strasbourg plenary chamber starting at 9.00 CET in the presence of EP president Martin Schulz and Commission president José Manuel Barroso.

The EU could at last get a single patent system after thirty years of trying, if Parliament endorses a Council presidency compromise in a vote on Tuesday. An EU patent granted under this system could cost €980, compared to €1,850 for a US one.

Unclog airports, but not at the expense of ground staff

Rules to ensure that landing slots are used more efficiently, local residents are protected against aircraft noise and competition is boosted among ground-handling service suppliers will be put to a vote on Wednesday. MEPs are split on whether to liberalise ground-handling services further and could reject this part of the package.

Ideas to improve transport conditions for animals, including an eight-hour cap on journey times for animals on their way to be slaughtered, will be debated on Tuesday. The vote on the non-legislative resolution will be on Wednesday.

Violations of the rights of migrants, national minorities, LGBT people and others will be highlighted in a debate on Tuesday and a resolution to be voted on Wednesday. MEPs will urge member states and the Commission to step up efforts to ensure that basic rights are fully respected in Europe.

Other issues
Gear up the digital economy to boost EU competitiveness, say MEPs
Fighting resistance to antimicrobial drugs
Action to help the EU steel industry
The situation in Egypt and in the West Bank
EU response to the Syrian refugee crisis
Trade and association deals with Latin American countries
MEPs to ask that Albania be given EU candidate status
Debate on progress towards an EU association agreement with Ukraine
EU-Russia agreement must include democratic and civil liberties, say MEPs
Bans on exports of information technology to repressive regimes
MEPs give go-ahead to much anticipated financial transaction tax
How to establish a Middle East free of nuclear weapons?
MEPs to back emergency cash for Kyrgyzstan and Georgia
EP to strengthen powers of EU Maritime Safety Agency
Human rights and democracy resolutions

The situation of the rule of law in Poland, in particular as regards the independence of judiciary 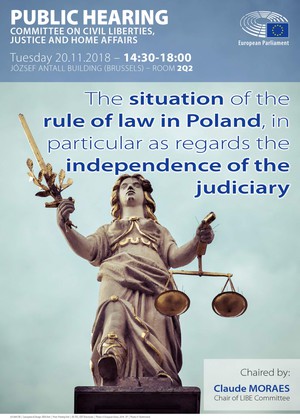