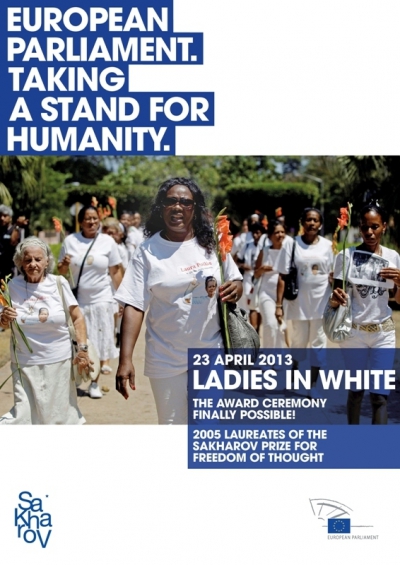 "It is an honour to be able to meet these amazing women. Their actions are a silent demonstration against the Castro regime. Therefore it is so important to support their peaceful activities. We are very happy that after so many years, they are finally able to collect this well-deserved prize", said Jarosław Wałęsa MEP, Chairman of the informal group in the EP 'Friends of Free Cuba'.

Wearing white to symbolise innocence, the Ladies in White are the 21st century's echo of the Argentine women ‘Madres de la Plaza de Mayo’ that used a similar tactic in the 1970s to demand information about their missing children during the military dictatorship. They also received the Sakharov Prize in 1992. The Ladies in White were awarded the Sakharov Prize in 2005 but were not allowed by the Cuban authorities to leave the country to collect the Prize in Strasbourg.

"It is difficult to understand that so many years have had to pass since the granting of the prize until the Ladies in White could finally leave Cuba. However, this gives us faith that persistence in fighting for freedom bears fruit. We now hope that other Cuban fighters for democracy will be granted the same right, that the Cuban regime will allow, for example, Guillermo Fariñas to collect the Sakharov Prize that was awarded to him in 2010", said Andrzej Grzyb MEP, Vice-Chairman of the European Parliament’s Subcommittee on Human Rights.

The Sakharov Prize which the European Parliament awards every year since 1988 to people or groups who have worked to promote human rights, freedom of thought and speech, has been awarded to celebrities such as Nelson Mandela, the independence leader of East Timor Xanana Gusmao, the Kosovo democratic leader Ibrahim Rugova and the Burmese opposition politician and political prisoner Aung San Suu Kyi. 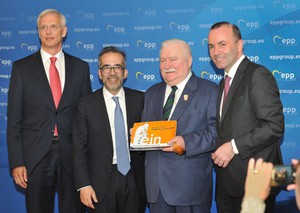