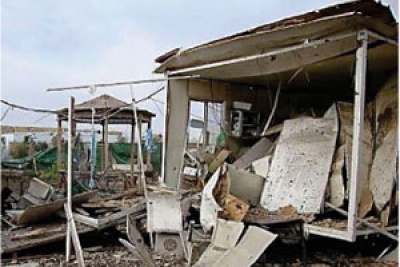 From January to December 2013, at least 660 prisoners were executed in Iran, with 430 of them put to death after the charade of the June 14 election - however many executions carried out inside prisons go unreported.

The executions in 2013 included: 25 women, two men aged 20 and 23 were executed for stealing the equivalent of 35 euros. three teenagers who were 12, 15 and 17 years-old at the time of their arrests, a 28-year-old whose bleeding body was hanged after he had committed suicide, a 23-year-old in Zahedan who had already died a few hours earlier of a heart attack, a woman named as 34-year-old Geitei Marami, whose body was still bleeding due to 100 lashes she received prior to her execution and the execution of a prisoner who was found to be still alive in the mortuary after his hanging.

These represent only a tiny proportion of the crimes committed by the mullahs against their own population last year. On December 11, head of regime’s judiciary system Mullah SadeqLarijani branded reports by international bodies on the worsening state of human rights in Iran as 'fabricated and prejudiced' and said: "Opposing the death sentence is opposing Islam’s orders."

More recently, the Iranian regime hanged 19 prisoners. “A shocking report that has leaked out of Adelabad Prison in Shiraz by the inmates discloses unceasing clandestine executions in this dreaded torture center. The report reads in part: “Here, they kill men like sheep… here at Adelabad of Shiraz there is not an iota of justice!... This is the most dreaded prison of the century. Here, you cannot find any sunshine, light, joy or laughter. This is a graveyard. Everything here has a damp smell of wretchedness and villainy. This is Adelabad, where there is not an iota of justice!”

The acts against the People's Mujahedeen Organization of Iran (PMOI) have continued with little or no repercussions. As this group has found refuge in Iraq they have continually come under attack from what many have claimed to be the acts of the Tehran-friendly government of Baghdad.

“In September 2013, an attack on the PMOI's former Ashraf camp saw 52 people shot dead in an incident the Iraqi government blames on PMOI in-fighting but the exiles attribute it to the Baghdad government, which they believe launched the assault at the demand of Tehran”.

The precarious security situation that the Camp Liberty residents are in and the current situation in Camp Ashraf and Camp Liberty, which is clearly deteriorating rather than improving as residents fear for their lives and if no action is taken, they will undoubtedly suffer future attacks. This was unfortunately demonstrated yet again last month when these residents suffered their fourth deadly and unprovoked attack of the year.

“This unacceptable state of affairs calls into question the commitment of the parties that signed a memorandum of understanding providing for these residents’ safety. These parties – the Government of Iraq and the UN – made promises of security, but these promises have yet to be fulfilled, as is evidenced by the hundreds of protective T-walls that have yet to be installed despite assurances that they would go up and the inability of the parties to bring those accountable to justice”.

European Elections 2019: What Europe does for me