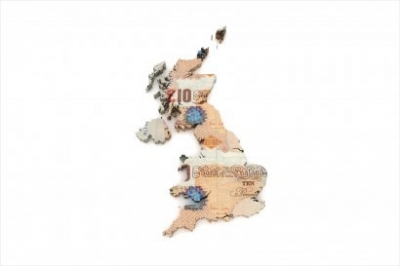 The EPP Group calls on the United Kingdom to remain a reliable partner in the fight against corporate tax evasion, even after Brexit.

"With Prime Minister May announcing that 'the lowest level of corporation tax in the G20' would be introduced in Great Britain, we fear and regret that the UK itself might become a tax haven on the EU's doorstep", said the EPP Group's Luděk Niedermayer MEP and Dariusz Rosati MEP today.

The European Parliament today adopted a long list of more than 200 recommendations on how Europe should fight against financial crimes, tax evasion and tax avoidance. The potential future role of Britain is one of the questions the Report raises.

"I am strongly concerned about possible divergences that may emerge even shortly after Brexit between Britain and Europe in the area of financial crimes and tax evasion that would bring new economic, fiscal and security risks. I believe in healthy tax competition among countries and in their right to set their corporate tax rates, but I also hope that the UK will remain a strong partner in the global effort towards fair and efficient taxation and will cooperate with all OECD initiatives on this issue", said Niedermayer, Parliament's Co-Rapporteur of the Report adopted today.

Rosati pointed out Britain's role in EU taxation policy so far: "For many years, Britain had its foot on the brakes to hinder stronger EU rules against tax evasion. And very recently, the United Kingdom has been hampering some of its overseas territories from appearing on the so-called tax havens blacklist", said Rosati, the EPP Group's Spokesman in the Special Committee on Financial Crimes, Tax Evasion and Tax Avoidance.

Abolish the Golden Visa, collaborate to fight tax avoidance and update tax regimes to the age of digitalisation.

The Report, co-drafted by Niedermayer, recommends a multitude of measures: "Abolish Golden Visa schemes, step up the fight against money laundering, collaborate more closely to fight tax avoidance and tax fraud and update tax regimes to the age of digitalisation. These are the main conclusions the EPP Group draws from the work of the Special Committee”, said Niedermayer.

Rosati also warned about the part Russia plays in several scandals investigated by the Special Committee: "Money laundering cases, including ING Bank, ABLV Bank, Danske Bank as well as Deutsche Bank were linked to Russian capital or citizens. In addition, the infamous Golden Visa programmes very often benefit Russian oligarchs. Our work in the committee has proven that Russians and Russia play a disreputable role in tax avoidance, tax evasion and money laundering within the EU", said Rosati.

The Report was adopted in Parliament by an overwhelming cross-party majority.

MEPs to debate state of play on Brexit on Wednesday afternoon

Parliament is set to debate the state of play on the UK’s withdrawal from the EU today at around 15.30, one day after the vote in the UK‘s House of Commons.