The European Parliament is set to approve the new instrument InvestEU that aims to trigger €700 billion in additional investment between 2021 and 2027. We fully support this as an excellent tool for creating jobs and strengthening the EU's competitiveness. With more efficiency and less bureaucracy, four policy areas will be supported - sustainable infrastructure; research, innovation and digitisation; small and medium-sized enterprises (SMEs) and small mid-caps; and social investment and skills. The vote will take place on Wednesday.

Member States' embassies will be obliged to assist any EU citizen travelling in a third country in the case that his/her passport gets lost and their home country does not have an embassy in the country they are in. More secure emergency travel documents against fraud which will be issued by Member States' embassies will prevent the abuse of EU travel documents by smugglers and human traffickers. The European Parliament will adopt its position on the new rules on Wednesday.

The rule of law is a prerequisite for the protection of fundamental values on which the Union is founded, such as freedom, democracy, equality and respect for human rights. Respect for these values must be ensured throughout all Union policies including the EU Budget, the mechanism that, as part of the next multiannual budget, would establish the rules necessary for the protection of the Union’s budget in the case of generalised deficiencies as regards the rule of law in the Member States. Debate on Wednesday, vote on Thursday.

Debate on the end of the Austrian Presidency

The European Parliament will debate the Austrian Presidency’s achievements over the past six months with Austrian Chancellor Sebastian Kurz on Tuesday morning. EPP Group Chairman Manfred Weber will lead the debate. He will stress that the Austrian Presidency has been widely applauded and successful in achieving concrete results for European citizens.

MEPs will vote on the final Report of the Special Committee on the Union’s authorisation procedure for pesticides on Wednesday. For the EPP Group, it was crucial to make sure that the value and authority of scientific institutions in the European Union are preserved. "The EU authorisation procedure needs to be even more effective and transparent so that it protects citizens' health, the environment and the agricultural sector in the EU", commented Norbert Lins MEP on behalf of the EPP Group.

The Report for setting up the new European Social Fund Plus (ESF+) by EPP Group Member Veronica Lope Fontagné will be voted on on Wednesday (debate on Tuesday). The proposal sets new rules and funds for the period 2021-2027. By pooling resources from several funds such as the Youth Employment Initiative or the FEAD, the ESF+ will allow the EU and Member States to improve workers' mobility, employment opportunities, lifelong learning as well as strengthening social cohesion and social fairness. Youth employment will continue as one of the key priorities for the EU. With a budget of €120.457 billion, it will allow Member States the flexibility needed to adapt their programmes to their own necessities, taking into account regional specificities, and it will concentrate its investment in three main areas: education and training, employment and social inclusion.

Autonomous driving vehicles are bound to enter the European road transport soon. Therefore, a common regulatory framework, more efforts on research and on the innovation of a communication infrastructure are needed. The plenary will vote on Tuesday on a proposal which will ensure that Europe is at the forefront of this field.

The European Globalisation Adjustment Fund (EGF) will provide support to people who lose their jobs because of major structural changes due to globalisation. With a budget of €1.57 billion over the period 2021-2027, it would complement national measures in order to re-integrate dismissed workers by offering them help through career advice, education, training and re-training, entrepreneurship and business creation. The vote will take place on Wednesday.

Late payments cause one in four bankruptcies in the EU. This harmful practice has a negative effect on the development of European companies, in particular SMEs. The EPP Group Rapporteur Lara Comi proposes to improve payment behaviour in the EU through a combination of legal and voluntary measures and calls on Member States to promote the implementation of the Late Payment Directive in all its parts. The vote will take place on Thursday.

Wednesday @ 16.00 Lefteris Christoforou MEP on 'Priorities of the Plenary Session' 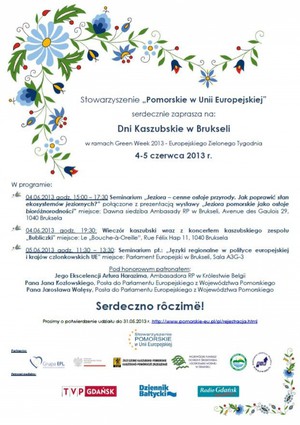