The 2018 Sakharov Prize for Freedom of Thought was awarded to Ukrainian filmmaker and writer Oleg Sentsov in Strasbourg on Wednesday.

Mr Sentsov was not in the Parliament to collect the award in person on Wednesday 12 December because he remains in prison in Siberia, serving a 20-year sentence for “plotting acts of terrorism” against the Russian “de facto” rule in Crimea.

His cousin, Natalya Kaplan and lawyer, Dmitriy Dinze represented him during the ceremony in Strasbourg.

Awarding the prize, Parliament’S President Antonio Tajani said, “Oleg Sentsov was nominated for his peaceful protest against the illegal occupation of his native Crimea; also for his courage, determination and his convictions in support of human dignity, democracy, the rule of law and human rights. These are the values on which our European Union is built, even more so after the terrible attack yesterday; values that this Parliament cherishes, upholds and promotes”.

“Sentsov’s hunger strike and courageous public stance made him a symbol of the struggle for the release of political prisoners held in Russia and around the world,” he added. Noting that the award comes against a backdrop of serious tensions between Russia and Ukraine, Tajani called for a de-escalation of the situation and reiterated support for the territorial integrity of Ukraine.

He called for the immediate and unconditional release of Sentsov and all other illegally detained Ukrainian citizens in Russia and the Crimean Peninsula, as well as other imprisoned laureates: “The Sakharov Prize is not only an award. It is a commitment. And we keep standing by our laureates.”

Accepting the award, Natalya Kaplan described in a very vivid way his early life, his actions during the annexation of Crimea and the tortures and beating he went through when he was arrested and condemned for crimes he did not commit. “Oleg is a person who cannot give up and just sit quietly. He is a fighter by nature.”

She concluded by reading a message from Oleg himself, which began: “I can’t be present in this room, but you can hear my words. Even if someone else is saying them, words are a person’s main tool and often his only tool, especially when everything else has been taken from him”.

President Tajani also welcomed the parents of 2018 Sakharov Prize finalist Nasser Zefzafi, who is in prison, and representatives of the 11 NGOs saving lives in the Mediterranean Sea who were also finalists.

Commenting on 30 years of the Sakharov prize, he said: “[It] has supported individuals and organisations around the world who are fully committed to fight for social justice, often at great personal risk.”

On 25 October, Parliament President Antonio Tajani announced that the 2018 Sakharov Prize for Freedom of Thought would be awarded to Oleg Sentsov. 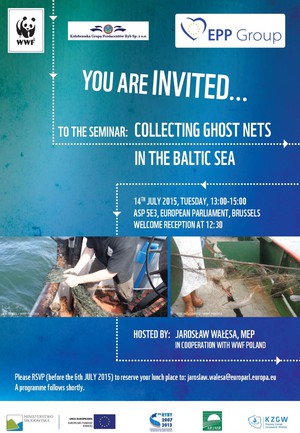 Ukraine: by easing trade we support a pro-European Ukraine 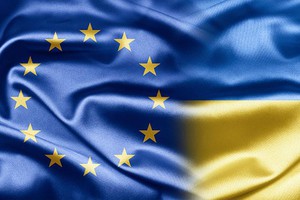 “This is the next sign, after the visa liberalisation, that the European Union wants a pro-European Ukraine and will facilitate this difficult path”, said Jarosław Wałęsa MEP commenting on today’s vote granting Ukraine temporary additional access to trade-facilitating measures with the EU. “The EPP Group has always supported the efforts of Ukraine, now it is time to demonstrate it in concrete terms”, he declared.