Trade MEPs backed an agreement on an EU-level tool to screen foreign direct investment (FDI) on grounds of security, to protect strategic sectors.

While the EU remains open for investment, inward FDI needs to be vetted due to the changing nature of investment. The proposal, endorsed by 30 votes for, 4 against and 5 abstentions, is the first EU-wide system that supports member states’ screening of FDI on grounds of security and public order.

The new regulation offers a list of factors EU countries may take into consideration when screening FDI. The proposed procedures will be more predictable and transparent for member states and investors alike.

MEPs strengthened the cooperation mechanism to exchange information and issue comments on FDI targeting other member states. The Commission will have a bigger role to deliver opinions to the EU member, which nevertheless takes the final decision.

”After the successful vote in Council last Wednesday, tonight in the international trade committee it is yet another nice victory of my report on the screening of FDI. Who would have imagined such a result three months ago? We can finally give Europe a mechanism to protect its strategic industries and technologies,” said Franck Proust (EPP, FR), the MEP in charge of the topic in the trade committee.

Currently only 14 EU countries (Austria, Denmark, Germany, Finland, France, Latvia, Lithuania, Hungary, Italy, the Netherlands, Poland, Portugal, Spain and the United Kingdom) have FDI screening mechanisms which differ widely in their scope and design. FDI has cross-border effects, which can now be addressed

In the last 20 years, the structure and source of FDI to the EU changed drastically, with more FDI from emerging economies. Investment from China grew six-fold, from Brazil tenfold, and from Russia more than doubled, lately targeting high-tech sectors and often though companies with state ownership or ties to governments.

The plenary is going to vote on the agreement early next year. To enter into effect, the Council also has to formally endorse the agreement. 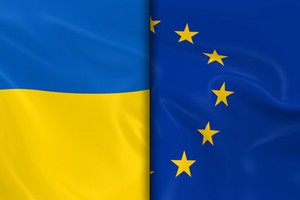 The EU’s temporary exemption from US tariffs is an important first step, but the EU should not negotiate under threat, Chair of the INTA Committee says.