Taxing digital giants such as Google, Facebook and Amazon

Europe’s plan to impose a digital tax on the revenue of tech giants will be voted on on Monday in the European Parliament and on Tuesday among national Finance Ministers of the Member States. While the European Parliament is strongly in favour of such a measure, the plans risk failing due to a disagreement among EU Member States. The EPP Group has been advocating to update tax rules to come into line with the reality of the digital economy for a long time. Online companies pay on average less than half of the corporate taxes ordinary SMEs pay. To end this injustice, the EPP Group is in favour of a digital tax.

When a borrower has not made his or her scheduled payments on a loan for a certain period (i.e. 90 days), the loan becomes a non-performing loan. The number of such loans in the EU banking sector has been disproportionate compared to other advanced economies. Since the financial crisis, the EU has aimed to address the high numbers of non-performing loans as they risk destabilising the financial sector and thereby the EU economy. On Thursday, the Economic and Monetary Affairs Committee will vote on legislation co-authored by Esther de Lange MEP on minimum loss coverage for non-performing exposures, i.e. how to ensure that banks can adequately cover the losses they may incur on future non-performing loans. The aim of the law is to reduce risks to the stability of the EU's banking system and protect the profitability and lending capacity of banks to EU households and firms.

MEPs will vote on the final Report of the Special Committee on the Union’s authorisation procedure for pesticides. For the EPP Group it was crucial to make sure that the value and authority of scientific institutions in the European Union are to be preserved. "The EU authorisation procedure needs to be even more effective and transparent so that it protects citizens' health, the environment and the agricultural sector in the EU", commented the EPP Group's Norbert Lins MEP ahead of next Thursday's vote.

The Civil Liberties Committee will vote on the revision of the Visa Code on Monday. It is high time to reflect on new security threats, technological development and also challenges linked to migration in the EU visa policy. We need less bureaucracy for those who come to travel or do business in Europe but at the same time stricter conditions for countries which don't cooperate on returns of their citizens.

At the moment, different Member States have different criteria for their citizens' identity cards. We believe that this should change. The Civil Liberties Committee will vote on Monday on a number of security standards and features which all Member States should include in their identity and residency cards. This is one way of stopping criminals from using fake documents to commit crime.

On Monday, the Report for setting up the new European Social Fund Plus (ESF+) by EPP Group Member Veronica Lope Fontagné will be voted on by the Employment and Social Affairs Committee. The proposal sets new rules and funds for the period 2021-2027. By polling resources from several funds such as the Youth Employment Initiative or the FEAD, the ESF+ will allow the EU and Member States to improve workers' mobility, employment opportunities, lifelong learning as well as strengthening social cohesion and social fairness. Youth employment will continue as one of the key priorities for the EU. With a budget of €120,457 billion, it will allow Member States the flexibility needed to adapt their programmes to their own necessities, taking into account regional specificities, and it will concentrate its investment in three main areas: education and training, employment and social inclusion.

Screening of the Oleg Sentsov documentary

The 2018 Sakharov Prize will go to Oleg Sentsov, a Ukrainian film-maker and a prisoner of conscience, who stood up against the Russian occupation of Crimea. Oleg Sentsov was sentenced to 20 years in prison by a Russian court based on fabricated charges of plotting terrorist acts. To learn more about this first Laureate from Ukraine and the first European prize winner since 2009, the EPP Group, namely Eduard Kukan MEP, will host a screening on Monday of the documentary 'The Trial: The State of Russia vs Oleg Sentsov'. The Director of the documentary, Askold Kurov, will be present for a debate. Oleg Sentsov will subsequently be awarded the Sakharov Prize during the ceremony, which will take place at the December Strasbourg plenary session. Invitation.

Impact of the independency of the Orthodox Church in Ukraine

The EPP Group supports the new instrument that would help the EU border Member States better manage customs controls. The instrument will help to respond to the increased migratory and security challenges and secure the EU's external borders. As part of a new Integrated Border Management Fund, it would provide financial support for customs control equipment: purchasing, maintenance, and upgrade (for example for new scanners, automated number plate detection systems and mobile laboratories for sample analysis). The allocated budget is €1.3 billion. The Members of the Internal Market and Consumer Protection will vote on the Report on Thursday.

On Tuesday, the EPP Group Working Group on Interreligious Dialogue will present the Pontifical Foundation Aid to the Church in Need's 2018 Report on Religious Freedom in the World at its conference on 'Freedom of Religion and European Policy', co-chaired by MEPs György Hölvényi and Jan Olbrycht. Findings of the report on global tendencies of religious freedom will be presented by Mark von Riedemann, Chairman of the Editorial Committee at Aid to the Church in Need. Religious leaders will provide their personal testimonies from Syria, Nigeria and Indonesia.

Late payments cause one in four bankruptcies in the EU. This harmful practice has a negative effect on the development of European companies, in particular SMEs. The EPP Group Rapporteur Lara Comi proposes to improve the payment behaviour in the EU through a combination of legal and voluntary measures, and calls on Member States to promote the implementation of the Late Payment Directive in all its parts. Internal Market and Consumer Members will vote on the Report on 6 December.

Tuesday: Meeting the Chairman of the CDU/CSU Group in the Bundestag, Ralph Brinkhaus and Deputy Chairwoman Katja Leikert

Wednesday: Speech for the 'Club of 27' of EPP leaders of national parliaments on the invitation of Christian Jacob, group leader of Les Républicains in the Assemblée Nationale (Paris) 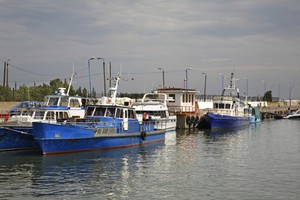 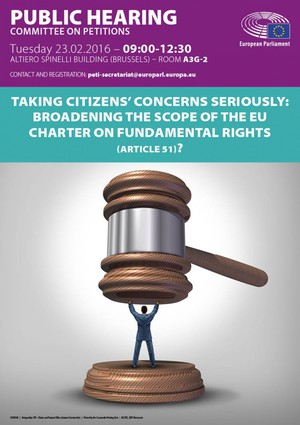