Europe will no longer lag behind when it comes to filtering foreign investment into core industries. The European Parliament and the Member States reached a trilogue agreement today on the future EU Regulation on foreign investment. "Global competition is fierce. It is good news, therefore, that Europe now has the means to protect its core industries", said Franck Proust MEP who is the European Parliament Rapporteur.

"The US, China, and Canada have filter systems for foreign investment, and so have 13 EU Member States. There has been no such instrument at EU level thus far, however, and this is now going to change. We badly need it as our economies are mutually interdependent, and any investment tends to affect European partners too", said the EPP Group MEP.

The scope of the future EU Regulation comprises a broad range of technologies and infrastructures from aerospace to food safety, media and e-batteries. "We do need foreign investment, but what we do not want is investment that increases EU countries' dependence", Proust concluded.

"This is a demanded and long-awaited step by European businesses. The internet is part of our daily routines - it’s high time that European entrepreneurs benefit from new technologies when foreseeing cross-border activities. We need to take European company law into the XXI century!”, said Tadeusz Zwiefka MEP, Vice-Chairman of the EPP Group and author of the Directive with regard to the use of tools and digital processes in company law.

Thanks to the application of the ‘once-only’ principle in the Directive, European entrepreneurs will be required to submit all necessary documents and information needed for the registration of their company or of its branch, only once. Provisions regarding requirements and procedures in a given country will remain unchanged, however, the registration of a company will be accessible entirely via the internet without the need to appear personally in administrative offices. This will allow shortening the registration procedure to a maximum of 5-10 days depending on the type of company and whether the applicant is a natural or legal person.

"Online registration and online filing of information and documents for companies and branches is a first but necessary step. It will save time and money and encourage European companies to grow. At the same time, all Member States’ prerogatives and procedures on registration so as to prevent fraud remain unaffected”, said Mr Zwiefka.

Moreover, in a separate text voted on today, Members proposed to facilitate entrepreneurs’ lives even further by calling on the European Commission to create a new instrument that would speed up the settlement of commercial disputes. The European Expedited Civil Procedure could be an optional and voluntary mechanism to provide for a quicker settlement of purely business-to-business cross-border commercial disputes, with shorter, strict deadlines and less possibilities to appeal, resulting in an up to twelve month judicial lawsuit.

“International commercial litigations can last years. During this time, businesses lose time, money and very often the amount under dispute is frozen. We want to make it faster and easier for European businesses. There is one condition - the use of the procedure should require the consent of both sides”, stressed Zwiefka.

“It’s not a secret that currently, in cases of potential dispute, enterprises, while concluding contracts with their partners from other EU countries, usually opt for the legal system which gives the greatest benefits. Up until now, this has been the case in UK law. The introduction of the new EU-wide expedite civil procedure will therefore contribute to a more equal distribution of trade affairs among Member States”, he concluded.

Today, the European Parliament’s Employment and Social Affairs Committee voted in favour of setting up a European Labour Authority (ELA). “This EU agency will ensure better enforcement of the European rules on labour mobility”, declared Jeroen Lenaers MEP, author of the Report.

"The European Labour Authority is badly needed. Over the past 10 years, the number of 'mobile workers' has doubled: around 17 million people in the EU are currently working in a different country than where they live or come from, and this number will only increase in the future. Unfortunately, this also leads to unfair competition and fraud, and this has not been tackled sufficiently. In the EPP Group, we think that it is therefore crucial that national labour authorities can work across borders in cooperation with other labour authorities to fight this. In the past years, we have achieved a lot to make the European labour market fairer, for example, through the Posting of Workers Directive, in which we have ensured equal pay for the same work in the same place. However, these rules need to be properly enforced as well. The creation of a European Labour Authority is an important part of this puzzle", he said. "The aim of the new authority is therefore a better enforcement of the existing rules, both at national and at European level. National labour authorities must be able to operate at European level", he continued.

The European Labour Authority will facilitate this cooperation and will also be able to play a role in conciliation procedures between Member States. "This will only work if the authority doesn’t become a toothless tiger: with this proposal we make it more difficult for Member States to not participate in these inspections without good reason". The Report calls for a more limited scope than the original proposal from the European Commission. Lenaers added: "The European Labour Authority should focus on two main issues: support for cooperation and conciliation, which is why we have cancelled a number of additional activities of the authority proposed by the European Commission."

“I am happy to see that this key element of the European Pillar of Social Rights proposed by Jean-Claude Juncker and Marianne Thyssen in 2017 is on the right track”, he concluded.

Whistleblowers: we will give them legal protection

"We have managed to obtain a balanced text that will both protect whistleblowers while ensuring that companies or administrations are not subject to excessive charges or slanderous accusations", said Geoffroy Didier MEP, EPP Group Spokesman, after Members of the European Parliament’s Legal Affairs Committee voted on new rules to give legal protection to people who report breaches of EU law.

The proposal aims at establishing procedural rules defining conditions for the protection of whistleblowers. “On this, I believe that the competent authority (external channels such as antitrust authorities) is the best to deal with breaches of EU law and the one that has to be addressed as a priority", said Didier. "Making a public disclosure by, for example, reporting to the media, must be used as an exceptional channel where there is an imminent danger for the whistleblower or when there is collusion between the committer of the breach and the competent authority”, he added.

Securing exceptions for SMEs to avoid more administrative burden was also a key point for the EPP Group. Geoffroy Didier explained: “Now it is up to Member States to decide whether internal reporting channels for SMEs should be put in place or not. Of course, if an employee sees an unlawful practice in his/her company where there is no channel to report to, he/she could report it to a competent authority, but an external one.”

“By signalling violations of EU law, whistleblowers play a vital role in modern democracy. Legislation in the European Union has not offered them sufficient protection. This injustice will soon be remedied”, he concluded. 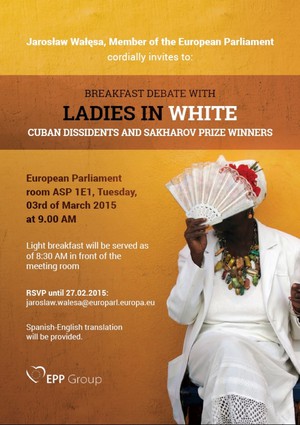