The State of the Union

Members of the European Parliament and the President of the European Commission Jean-Claude Juncker will hold the annual State of the Union debate on Wednesday in Strasbourg. Chairman Manfred Weber will lead the debate on behalf of the EPP Group.

Copyright in the Digital Single Market

On Tuesday 11 September, members of the European Parliament's Legal Affairs Committee will hold a debate on the long-awaited copyright reform. The file has returned to the Plenary following Parliament’s decision not to enter the interinstitutional negotiations as proposed by the Legal Affairs Committee. The aim of the Directive is to adapt copyright rules to the new realities of the 21st century. The EPP Group seeks a balance between the right holders and artists and internet users on the other side. The EPP Group believes that platforms which develop their commercial activities on uploaded creative content need to fairly remunerate the creators. The vote will take place on Wednesday.

Dual quality products: what you see is what you should get

The European Parliament will vote on Thursday on a Report that will propose measures to solve the problem of quality differences between products sold under the same brand and packaging in different EU countries. A product that differs in certain characteristics on the markets of the different Member States cannot be labelled and branded in an identical manner. The EPP Group supports the new common testing methodology developed by the European Commission’s Joint Research Centre (JRC) for comparing the quality of food products across the EU and a pilot project to investigate several categories of consumer products. The EPP Group stands for equal treatment for consumers all over the EU. We cannot have second class citizens.

The European Parliament will vote on the European Solidarity Corps on Tuesday.  Michaela Šojdrová MEP, the EPP Group Spokeswoman on the issue, says that this is a new European Union initiative which creates opportunities for young people to volunteer or work in another EU country or in their home country on projects that benefit communities and people around Europe. For NGOs, churches, schools and other institutions, it could be an opportunity to engage young people willing to gain work experience, skills, and human experience. The programme will allow 100,000 young Europeans to support communities in need between 2018 and 2020 through volunteering, traineeships and job placements. Another even larger EU programme will follow for the period after 2020.

The situation in Hungary

Members of the European Parliament will debate and vote on a Report on the situation in Hungary during the Plenary Session in Strasbourg. The debate will take place on Tuesday 11 September.

The Environment Committee will vote on Monday on the changes to the new legislative proposal that deals with the quality of water intended for human consumption. The proposal on the table is the result of a first-ever successful European Citizens' Initiative, called Right2Water. It gathered 1.6 million signatures in support of improving access to safe drinking water for all Europeans.

Controls on cash entering or leaving the Union

To prevent the financing of terrorism and organised crime, we need improved controls of cash at Europe's external borders. New forms and means of financing used by terrorists and criminals such as liquid commodities, anonymous pre-paid cards and money sent by post are to be systematically controlled under a new legislation which will be voted on in Plenary on Wednesday. We are making sure that while we are filling current holes in the control system and setting better common rules and information-sharing between the Member States, EU citizens won't encounter administrative burdens while sending money to and from the EU.

Debating the challenges of the EU-US partnership

On Tuesday, members will debate the state of EU-US relations. The Report, authored by Elmar Brok MEP will be voted on the next day. It criticises current challenges in cooperation which are harmful to the interests of both the EU and the US such as the 'America first' policy, withdrawal from the Paris climate agreement, the cancellation of the Iran nuclear agreement, the new approach to trade policies, and punitive tarrifs. It insists at the same time that the EU and the US should continue to play key roles by jointly addressing regional conflicts and global challanges based on international law.

Tuesday: Speech during the debate with the PM of Greece, Alexis Tsipras, on the Future of Europe, Strasbourg

Wednesday: Speech during the debate on the State of the Union with European Commission President Jean-Claude Juncker, Strasbourg

Tuesday @ 17.30 Kinga Gál MEP, Viktor Orbán, Prime Minister of Hungary, and József Szájer MEP on the plenary debate on the situation in Hungary 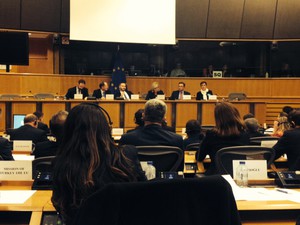 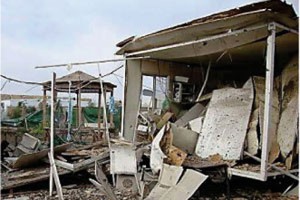 From January to December 2013, at least 660 prisoners were executed in Iran, with 430 of them put to death after the charade of the June 14 election - however many executions carried out inside prisons go unreported.