In a bid to help citizens petition the EU for legislation, a European Parliament committee has approved a plan to overhaul the European Citizens’ Initiative.

The author - EPP Group MEP György Schöpflin of Hungary - says he hopes the reform will lead to offices in each EU Member State that speak in the local language, and an online one-stop shop to help Europeans organise initiatives. His report, approved by the Constitutional Affairs Committee, also calls for greater use of social networking and digital media to reach more people, to show they have a stake and a say in European affairs. The process requires one million signatures in at least a quarter of the Member States. 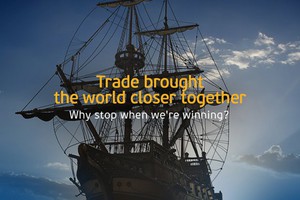 "Trade policy is back on track. We have managed to work out the most advanced, ambitious and up-to-date trade agreement between the EU and Canada.