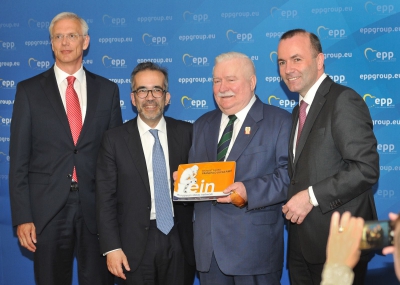 “Riga will host one of the more crucial EIN Summer Universities of the last years. We will discuss the European way of life and make clear to everyone what that really means and how it differs from others", said Paulo Rangel MEP, Chair of the European Ideas Network and Vice-Chair of the EPP Group in the European Parliament.

On Thursday 24 May, the EIN will focus on EU security, defence and strategies on counter terrorism and extremism, economic growth, industrial competitiveness, research and innovation and external policies.

On Friday 25 May, how the European way of life affects relations between the EU and Russia, common security and stability in the Mediterranean region, and the protection of human dignity will be in the spotlight.

During the event, one of the political highlights will be the awarding of the EIN Francisco Lucas Pires Merit Award which will be attributed to Lech Wałęsa, the former President of Poland.

“One year before the European elections, I would like to underline that we will distinguish this award to former Polish President Lech Wałęsa for his contribution to the European project and his fight for the rule of law, liberal democracy and Christian values which are those of our EPP family. In the current Polish political circumstances, the EIN and the EPP Group want to send a clear message that we stand side by side with those who share these values. The European Union is above all a peace success story. Lech Wałęsa personifies this and it is therefore a great honour and an enormous responsibility to award the 1983 Nobel Peace Prize laureate with our Merit Award", stated Paulo Rangel.

The European Ideas Network is an open, pan-European think-tank designed to promote new thinking on the key challenges facing the countries of the European Union. Sponsored by the EPP Group, the largest political group in the European Parliament, the network was launched in the summer of 2002 and has rapidly emerged as an important intellectual crossroads for the centre-right in European politics. 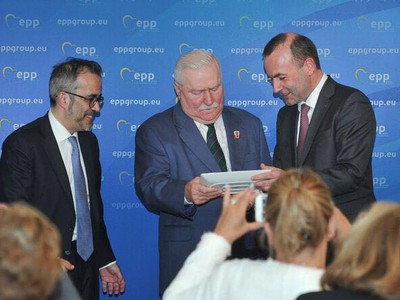 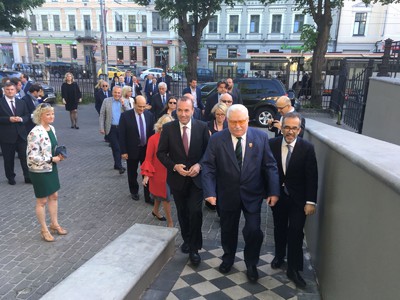 Next week in Trade Committee