We, the Polish Members of the European Parliament from the Civic Platform, acknowledge with the highest indignation the speech by President Andrzej Duda in Kamienna Góra on 12 March this year in which the President compared Poland's membership of the European Union to the loss of Poland's independence as a result of annexation.

This scandalous comparison is not only groundless and meaningless, but is also contrary to the feelings of millions of Poles. Poland entered the European Union by virtue of a sovereign decision expressed by the vast majority of our citizens in a nationwide referendum. The European Union, built on the foundation of common values, is not an invader, but a community of democratic states. It is also a great chance for a safe and prosperous development of our homeland, which generations of Poles have dreamed about.

Firm objection and indignation arise from the insinuation of the President that supposedly "far away, in distant capitals” our affairs are being decided and that “this is where the money that we work for is being spent", and that "in reality we are working at somebody else's expense”. It is hard to find a more false image of the relations between Poland and the EU. Poland decides on its rights in full sovereignty and shares its responsibility for our continent in a fully sovereign way with other EU states. At the same time, as we all know, Poland is the biggest beneficiary of the EU budget: from 2004 to 2017 our country received almost €100 billion net from the European Union.

The omission of such obvious facts by the Head of the Polish State is deeply contradictory to the Polish reason of State. The lying and irresponsible declaration by the President either results from a compromising lack of a basic knowledge or,even worse, is an element of a conscious disinformation campaign aimed at making the EU hideous and negative in Poles’ eyes. It can also be a part of the process of the preparation of the Polish society to the government’s decision of Polish exit from the EU.

We strongly underline that this is an action which harms the most important interests of our country.

We will not allow it to happen and we will protest firmly against any attempt to undermine Polish trust in the EU. This is why we call on the other Polish Members of the European Parliament, and especially on the Law and Justice MEPs, to distance themselves from the irresponsible and harmful remarks made by President Duda. We call on the President to backtrack from his scandalous propos and to refrain in future from any action which could harm Polish interests. 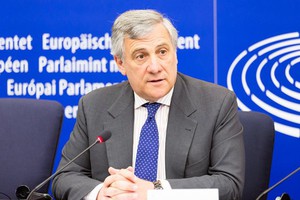 EP INFO - Committee on Fisheries - Highlights of this week's meeting